Atmospheric carbonation of concrete with EOS4 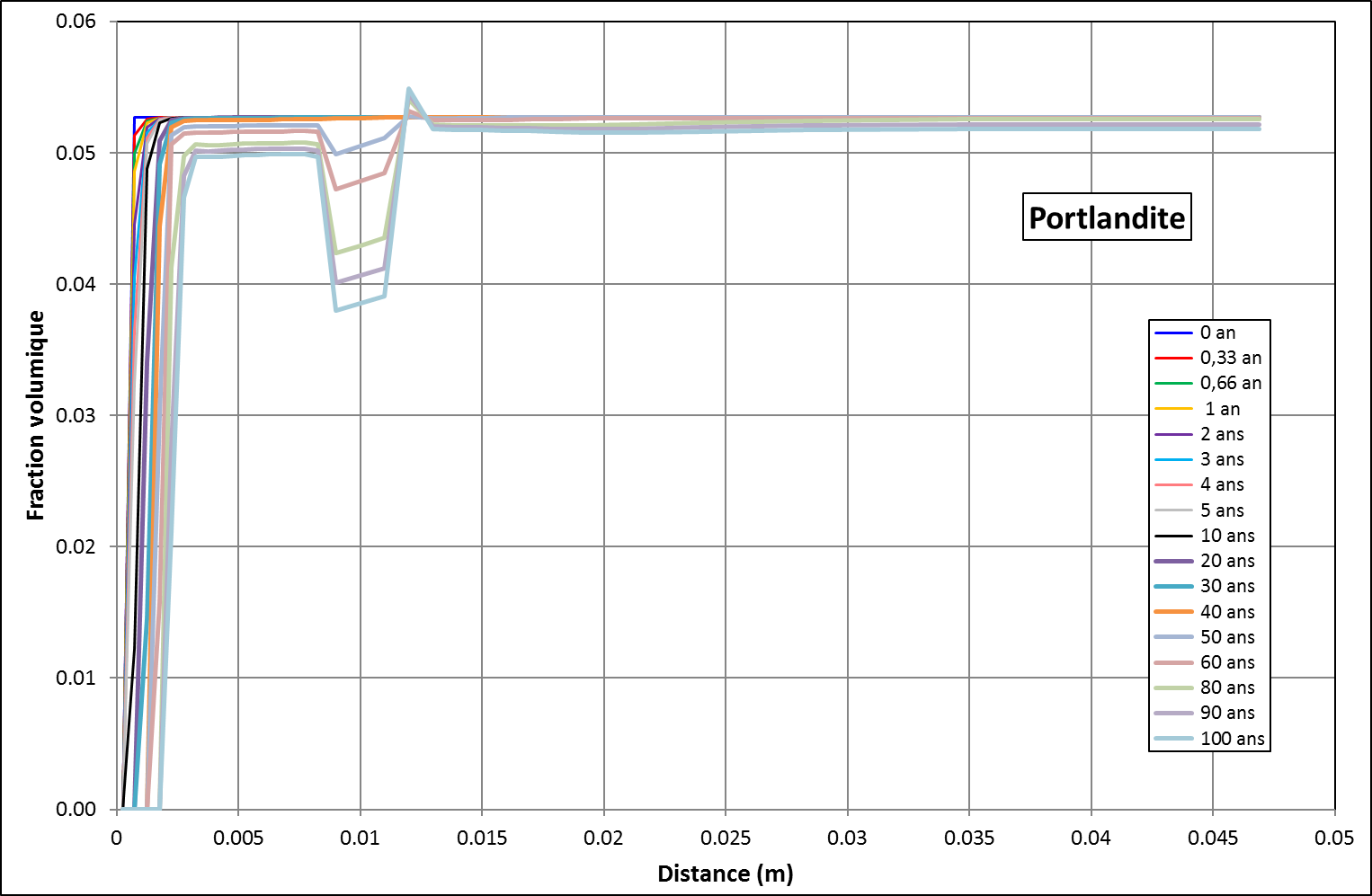 We are trying to run a case simulating atmospheric carbonation of concrete with Toughreact V3/EOS4.

Running the case without reactivity to check the transport of a tracer works fine (see profiles and time series below) : 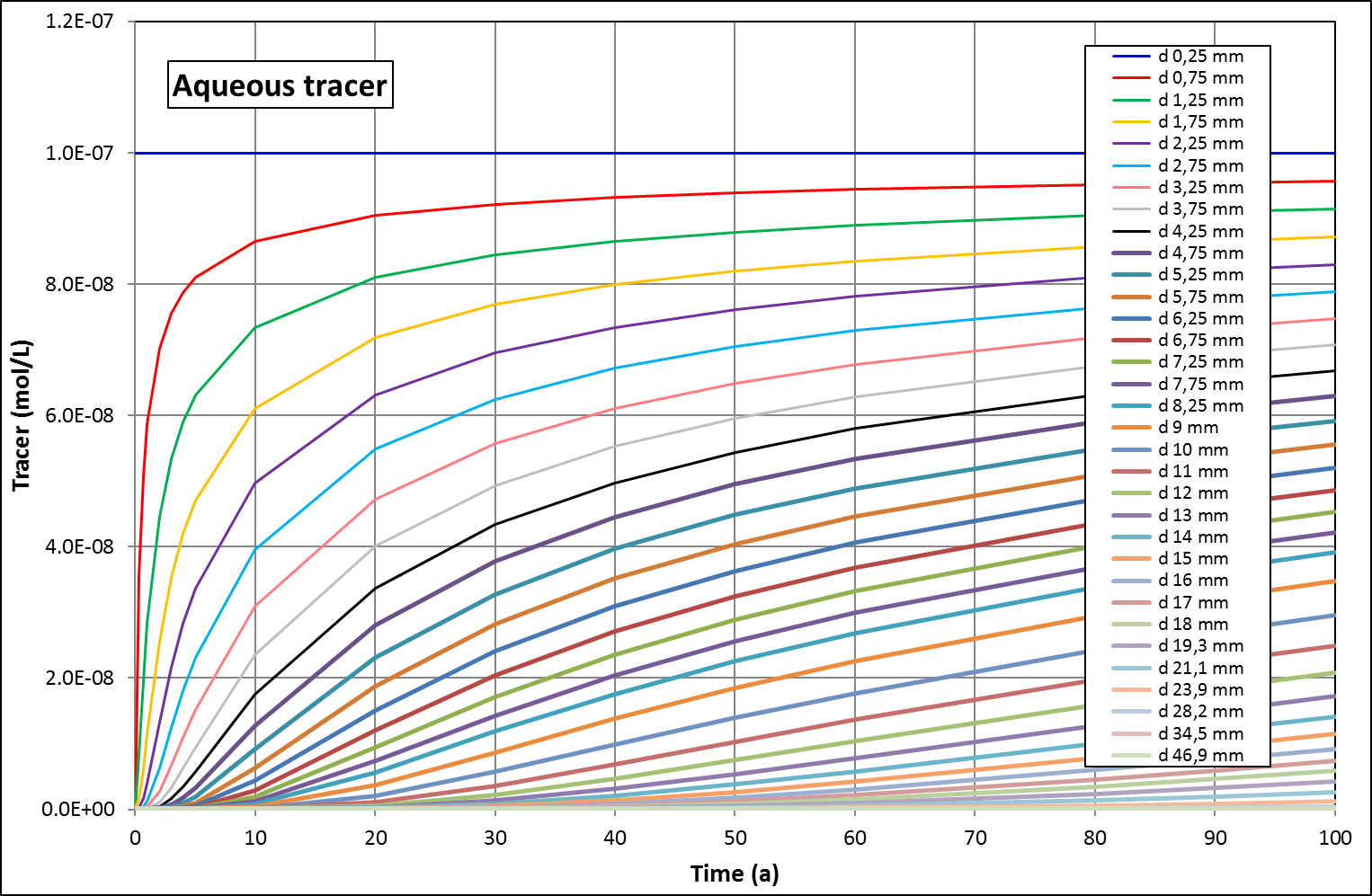 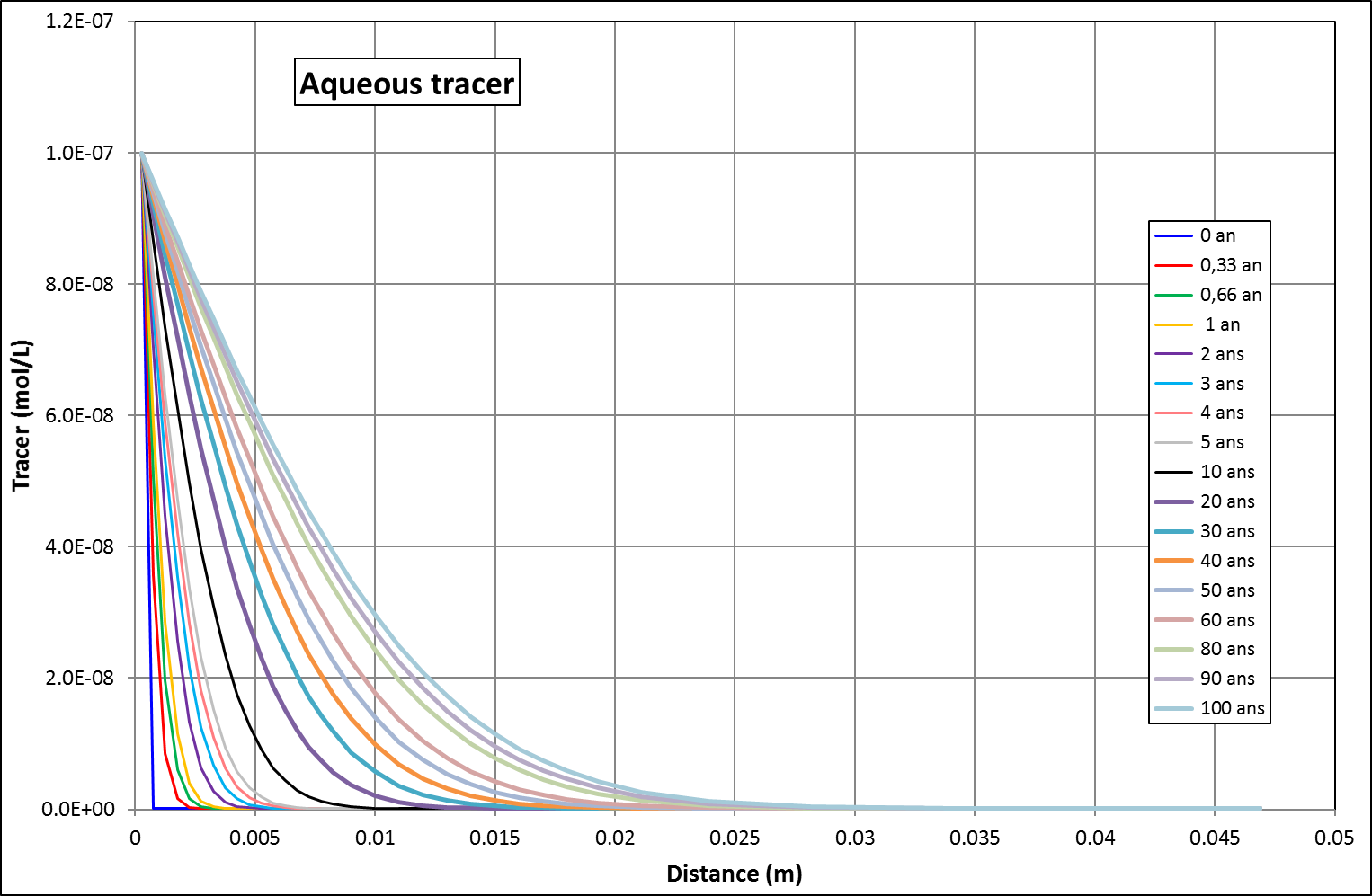 But as soon as we had reactivity (diffusion of CO2 gas reacting with portlandite), the tracer starts oscillating...? 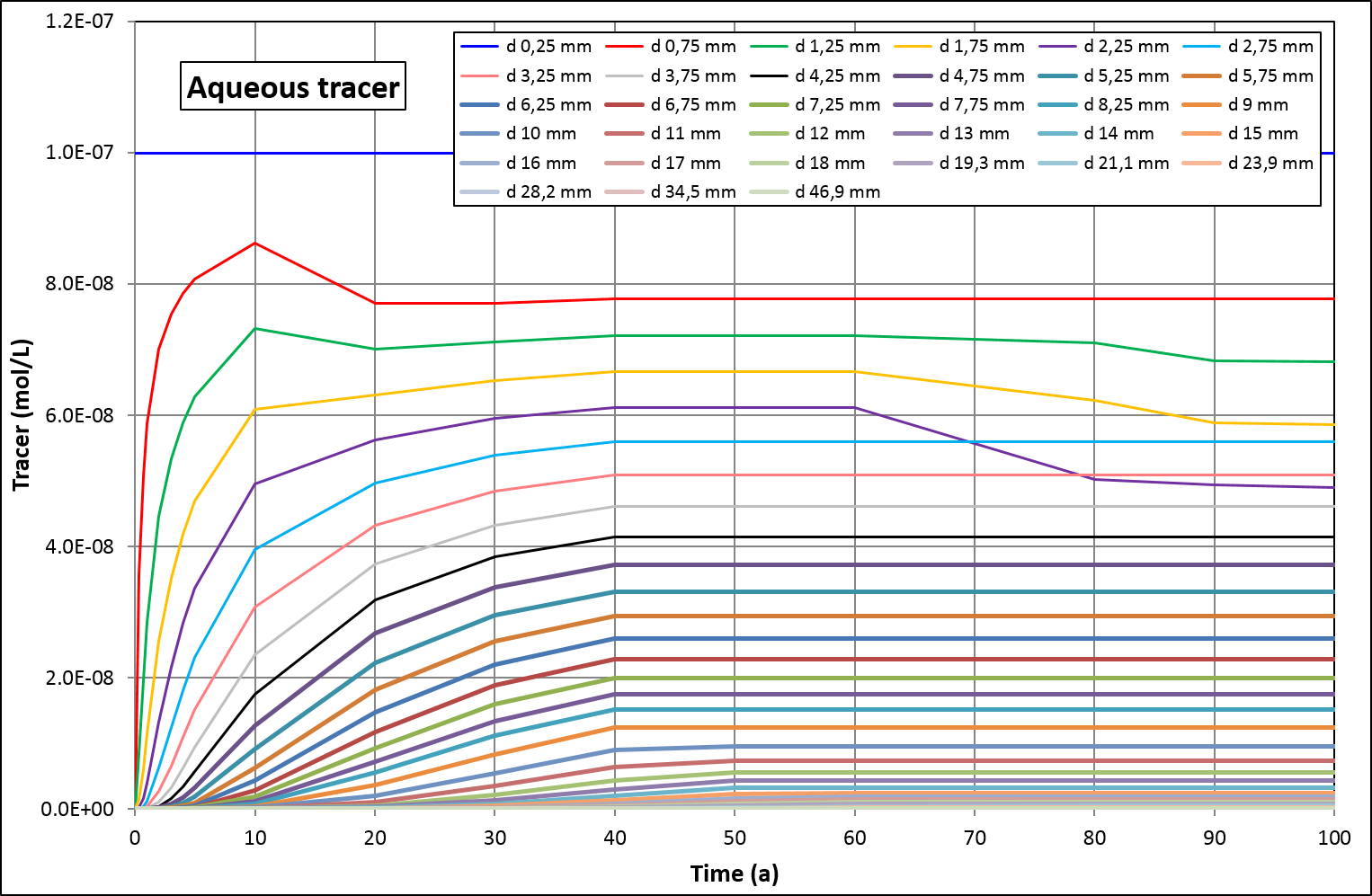 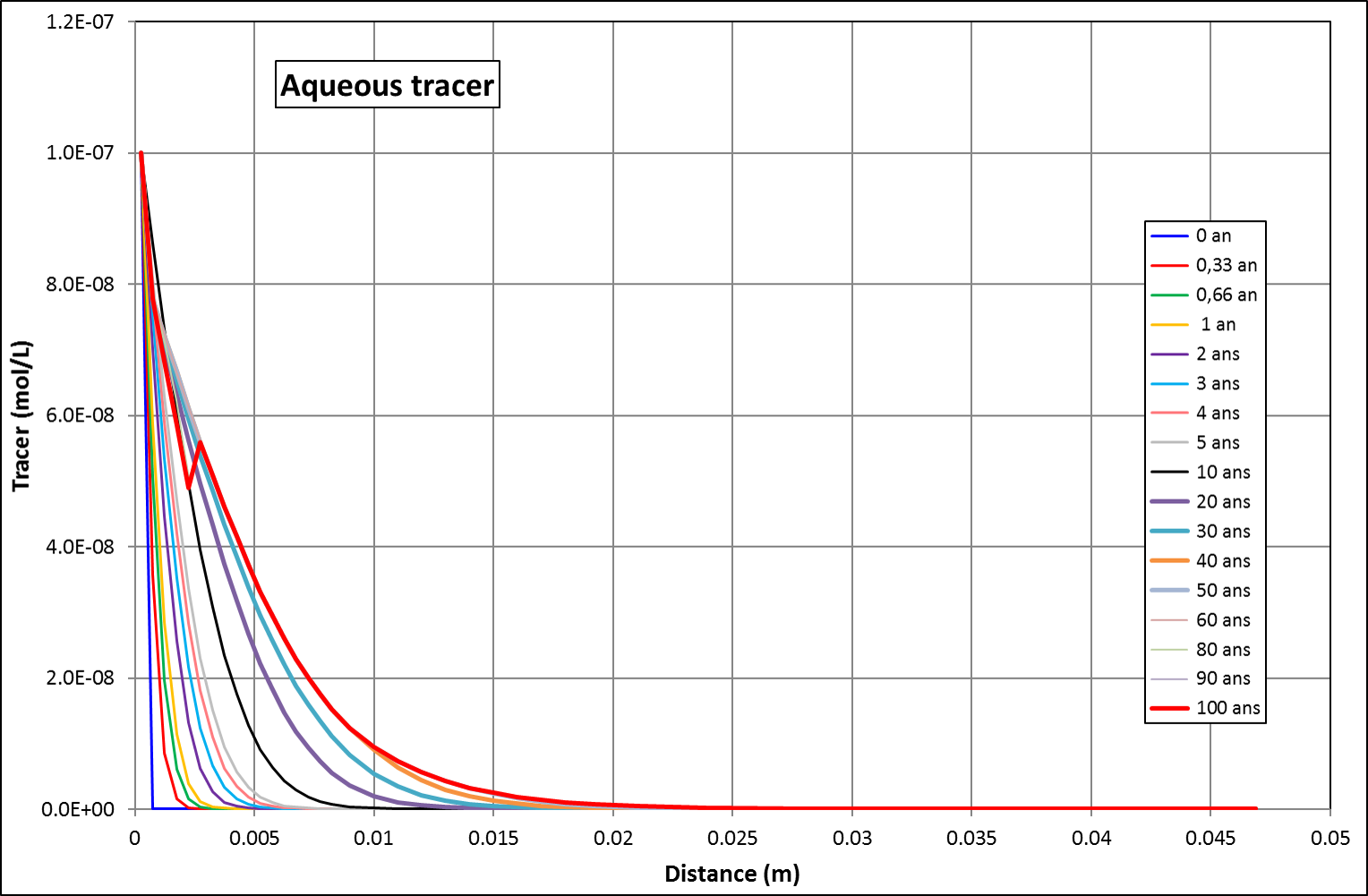 not to mention the behavior of minerals, for instance portlandite :

Anybody using EOS4 and having this type of behavior?